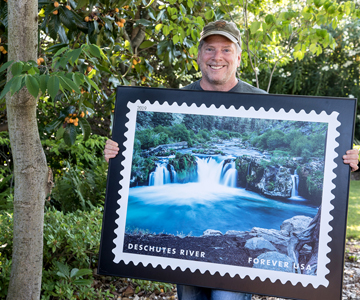 Kicking things off, on Wednesday, November 2, former BLM staffer and renowned wilderness photographer, Bob Wick, will give his talk, National Conservation Lands and The King Range.  Up next, on Wednesday, November 9, Calla Allison, Executive Director of MPA Collective, will present Marine Protected Areas: Conserving The Waters of the Iconic Lost Coast. The final lecture of the series takes place on Thursday, November 17, highlighting Tribal Protected Areas of the Lost Coast with Priscilla Hunter & Hawk Rosales of the InterTribal Sinkyone Wilderness Council. Zoom links will also be posted on the individual lectures pages, the homepage of lostcoast.org and on the Friends of the Lost Coast Facebook page in advance of each lecture.

<<<CLICK HERE TO VIEW THE RECORDING OF BOB’S LECTURE>>>

About Bob Wick and his lecture:

Bob Wick was worked for the Bureau of Land Management (BLM) for 33 years, and spent half of his career on the north coast directly involved with stewardship of the King Range National Conservation Area.  Later positions took him to the BLM California State Office and Washington Office in leadership roles stewarding the bureau’s National Conservation Lands programs, particularly the 10 million acres of designated wilderness and 11.6 million acres of wilderness study areas. Bob was also the BLM’s de-facto landscape photographer, a collateral duty that has taken him to many crown jewels and hidden landscapes on public lands throughout the West.

Bob retired at the end of July, 2021, and has offered to share some of his favorite photographs of these spectacular and significant places while explaining the significance of each of the various designations (e. g. wilderness, national monuments, wild and scenic rivers, national conservation areas etc.), how they differ and complement one another, and how the King Range played a unique role in the genesis of BLM’s conservation programs as one of the first protected areas placed under BLM stewardship.   Along the way, Bob will also share a few photos of various King Range Projects completed during his field work in the King Range from the mid 90’s till 2010.

Bob grew up in Western Pennsylvania but immediately moved west after college and fell in love with the lesser known landscapes on BLM managed public lands. Calling attention to the values and beauty of these often overlooked places of BLM lands became a career-long passion for Bob. His reputation as a photographer grew quickly when the Department of Interior began hosting social media platforms. His work has been featured on CBS evening news, postage stamps commemorating America’s Wild and Scenic river system, and numerous private media publications such as the New York Times, Washington Post, Outside Magazine, and Backpacker.

This lecture series is sponsored in part by Pure Water Spas.