Joining forces with partner organizations strengthens our own work to preserve the natural life of the Lost Coast. By working in the community, we form strategic alliances that broaden and enhance our Lost Coast education programs. Together with our partners, we achieve a greater impact.

Since 2000, We have worked together with the King Range National Conservation Area, managed by the Bureau of Land Management, to bring Lost Coast education programs and interpretive programs about nature to local schools and adults.

The King Range National Conservation Area covers 68,000 wild and rugged acres and extends along 35 miles of coastline in a spectacular meeting of land and sea. Over 100 miles of trails and few winding roads keep human impact light.

The Bureau of Land Management

The Bureau of Land Management (BLM) may best be described as a small agency with a big mission: To sustain the health, diversity, and productivity of America’s public lands for the use and enjoyment of present and future generations. It administers more public land – over 245 million surface acres – than any other Federal agency in the United States. Most of this land is located in the 12 Western states, including Alaska. The BLM also manages 700 million acres of sub-surface mineral estate throughout the nation.

The BLM’s multiple-use mission, set forth in the Federal Land Policy and Management Act of 1976, mandates that we manage public land resources for a variety of uses, such as energy development, livestock grazing, recreation, and timber harvesting, while protecting a wide array of natural, cultural, and historical resources, many of which are found in the BLM’s 27 million-acre National Landscape Conservation System. The conservation system includes 221 Wilderness Areas totaling 8.7 million acres, as well as 16 National Monuments comprising 4.8 million acres.

The BLM does its complex and challenging work with an annual budget of more than $1 billion and a workforce of about 10,000 full-time employees. The BLM is one of a handful of Federal agencies that generates more revenue for the United States than it spends. For example, in Fiscal Year 2012, nearly $5 billion will be generated by activities on BLM-managed lands, including an estimated $4.3 billion from onshore oil and gas development, with about half of those revenues going to the states where the mineral leasing occurred.

The Sinkyone Wilderness State Park is located along the southern boundary of the King Range National Conservation Area, this 7,500 acre park is primitive and managed as wilderness.

For thousands of years before the first Europeans arrived, the Sinkyone Indians lived in this part of the coast. They occupied permanent villages alongside streams and rivers, and moved out in family groups to hunt and forage in the hills during the summer. They spent time along the coast fishing, gathering seaweed and shellfish, and hunting seals and sea lions, and harvesting the occasional dead whale that had washed on shore. Fish were an important source of food during the winter. All kinds of fish were caught, but the seasonal salmon run was especially important.

Most park visitors today assume that human beings have had little impact on this area. But every trail, road, or flat spot has been modified by human activity. Game trails were turned into pathways for pack mules loaded with tanbark for the tanneries of San Francisco. Roads were carved and graded for lumbering operations. Open areas and marine terraces were farmed and used to pasture sheep and cattle. Occasionally, what appears to be a wagon road or a modern jeep trail is actually an abandoned railroad right-of-way.

Logging operations continued until well into the 20th century and wood products of various kinds were shipped to market from Usal, Needle Rock, Anderson’s Landing, Northport and Bear Harbor/Morgan’s Rock. Northport was not much of a port, but lumber schooners were able to take on their cargoes by means of a “wire chute,” – a cable and block system that could run wood from the bluff to waiting schooners. Built in 1875, the Northport “chute” was one of the first of its kind on the coast.

The Shelter Cove Invasive Plant Project was formed in 2018 to help address the problem of invasive plants along the Lost Coast, particularly the community of Shelter Cove and the adjacent King Range National Conservation Area. Educational posters and public announcements help raise awareness and a rebate program gets people involved in removing Pampas grass on their properties. The annual Earth Day Celebration brings volunteers out onto public lands to pull invasive plants and culminates with a celebration including food, drink, music, tabling, a poster contest and more. Partners in  SCiPP are Friends of the Lost Coast, BLM King Range, King Range Alliance. Shelter Cove Resort Improvement District, Southern Humboldt Business and Visitors Bureau. This project is funded by Conservation Lands Foundation and the Cereus Fund of the Trees Foundation.

Located in Garberville, California, Trees Foundation was created in 1991 with the mission to restore the ecological integrity of California’s North Coast by empowering and assisting regional community-based conservation and restoration projects. Trees seeks to increase the effectiveness of regional conservation and restoration projects led by committed activists and volunteers on lean budgets by leveraging resources to provide an array of free professional and technical services..

Trees Foundation also produces a quarterly news publication, Forest & River News, which features and promotes the work of our conservation and restoration partner organizations and highlights the importance and interconnectedness of the many dedicated grassroots efforts to protect and restore the forests, rivers, and wild places of Northern California. 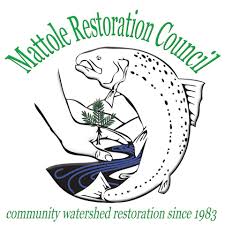 The objectives and purpose of the Mattole Restoration Council are the restoration of natural systems in the Mattole River Watershed and their maintenance at sustainable levels of health and productivity, especially in regards to forests, fisheries, soil, and other plant and animal communities.

The Mattole watershed encompasses 304 square miles within the northern California Coast Mountains, some of the most rugged and geologically active land in California. The Mattole River flows completely un-dammed for 62 miles fed by over 74 tributary streams, from northern Mendocino County to its mouth at the Pacific Ocean, 10 miles south of Cape Mendocino.  MRC is a partner with FOLC in the King Range Alliance. 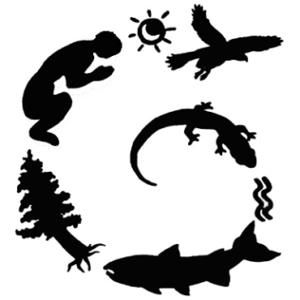 Sanctuary Forest is a non-profit land and water trust whose mission is to conserve the Mattole River watershed and surrounding areas for wildlife habitat and aesthetic, spiritual and intrinsic values, in cooperation with our diverse community. We are located in the beautiful Whitethorn Valley in northwestern California.

Sanctuary Forest is a land and water trust whose mission is to conserve the Mattole River watershed and surrounding areas for wildlife habitat and aesthetic, spiritual and intrinsic values, in cooperation with our diverse community.  SFI is a partner of FOLC in the King Range Alliance.

The Mattole Salmon Group (MSG) is a community based non-profit organization that has been working in the Mattole River watershed for thirty years to restore salmon populations to self-sustaining levels. Our projects focus on direct restoration using a variety of techniques. Project areas include Coho Recovery Rearing, Habitat Restoration, Salmon and Habitat Monitoring, as well as Education and Outreach. MSG is a partner of FOLC in the King Range Alliance. 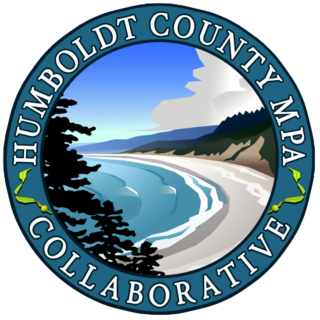 The Humboldt MPA Collaborative is part of the larger MPA Collaborative Network, whose goal is to engage experts in local stewardship and management of Marine Protected Areas. They provide the information, structure, support, and inter-agency communication necessary to facilitate the creation of collaborative groups that are uniquely suited to local needs.

Collaboratives provide a forum for nonprofits, fishermen, tribal representatives, government staff, municipalities, academic institutions, scientists, teachers, and aquaria to work together to enhance understanding and compliance of MPAs.  FOLC is a member of the Humboldt MPA Collaborative Network.

Subscribe to our newsletter to stay up to date with our work and events!

!
SIGN UP!
Something went wrong. Please check your entries and try again.